“The real voyage of discovery consists, not in seeking new landscapes, but in having new eyes.” (Marcel Proust)

I’ve been reflecting on these words, which Marcel Proust wrote in his 1923 work, Remembrance of Things Past. They summarize, better than I could, the journey of adaptation I think we all face today.

As 2017 draws to a close, I am deliberately shifting gears, from writing to researching. To borrow Proust’s language, my question for 2018 is simply What are the new eyes we need? How does our thinking need to change to keep pace with a changing world? I’m pulling together the best answers I can find, from the bravest thinkers I can reach—and I’ll share what I think are the best insights as I find them. My hope is that, by the end of 2018, we’ll have travelled the length and breadth of the New World together through these letters.

The above quote by Proust reminds me of another, by Tom Stoppard: “It’s the best possible time to be alive, when almost everything you thought you knew is wrong.”

I’ve just finished re-reading The Origin of Wealth, by Eric Beinhocker (Eric is a colleague of mine from Oxford). His book’s subtitle—“The Radical Remaking of Economics”—gives you a strong hint as to why I’m re-reading it now. Whether or not we’ve ever studied economics, mainstream economic theory has installed into our brains some of our most basic, unconscious biases about “how the world works” and “what the future will look like”.

For example, one of the unconscious biases we’ve somehow picked up is that things will “return to normal” in the future. If the present is a period of disruption—of “disequilibrium”—then our expectation of the future is a return to equilibrium. Many of us can feel that bias operating when we think (dream?) about a post-Trump America (surely it’ll reclaim its moral high ground) or when we read stories about the soaring pricing of Bitcoin (surely it’ll crash back down soon).

Eric has traced the origin of these biases from mainstream economics, and he’s come to the conclusion that they mislead us more than they guide our understanding of how society really works.

The root problem, Eric finds, is that mainstream economics is built atop the wrong metaphor. That mistaken metaphor is physics. The story goes that in the 17th and 18th centuries, now-famous scientists—Leibniz, Lagrange, Euler, Hamilton and others—developed new mathematical language (calculus) that proved able to explain and predict a staggering range of natural phenomena in precise equations. Age-old problems, from planetary motion to the vibration of violin strings, were suddenly mastered. Those successes gave scientists a boundless optimism: perhaps anything in nature could be explained with equations.

The father of modern economics is perhaps Adam Smith (1723-1790), but Smith was a social philosopher. He wrote essays, not equations. In the century after Smith, social philosophers began to think that the same mathematic techniques being used so successfully by physicists to model the motion of the natural world could be applied to model the motion of humans in the economy, too. And the field of economics set out to do just that.

The rest, as they say, is history (and if you want to trace that history fully, read Part I of Eric’s book). Today we have deep notions about how the economies we live in will behave—that supply will match demand, that unstable markets will find a stable equilibrium point (i.e., price), that what goes up must come down—because that’s how the physical universe works, and the physical universe was our starting metaphor for how the economy works, too.

The fundamental problem, Eric argues, is that economic activity doesn’t resemble the laws of physics; it resembles the laws of biology—and specifically, evolution.

With all the rigor that a 500-page book allows, Eric marshals powerful arguments for why evolution is a much better metaphor to guide our basic understanding of economic life. I’ll jump straight to the “so what?” Assuming Eric is right, how should our way of seeing the world we live in change? Here are the three most relevant shifts I see, for the world of December 2017:

Forget a return to “stable equilibrium”. The only economic constant is uncertainty. In physics, when you disturb a closed physical system, it will reach a certain final equilibrium state. Set a marble spinning around the inside of a bowl, and eventually it will settle on the bottom. But biological populations have far less predictable futures. They can grow; they can collapse. They can experience periods of stable equilibrium and periods of exponential change. And their futures are path-dependent. Every episode—good and bad—leaves genetic and behavioral marks that (a) change what the next steps in evolution can and cannot be and (b) make return to a preferred, previous state impossible.

Human progress is not guaranteed. One common, unconscious bias in the modern world is that humanity’s material condition will progress inevitably over time. That’s a comforting notion, but we don’t live in a clockwork universe. In evolution, the one constant truth is that no species or group can rest comfortably upon its achievements. Eventually, the environment changes. When it does, the criteria for prosperity also change. The group’s future prosperity then depends entirely upon how well and quickly it adapts—whether by luck, planning or both—to those new criteria.

Cooperation—not competition—is the most reliable path to economic prosperity. In an economy whose metaphor is physics, we each decide how to act in any given moment according to over-arching rational laws like self-interest and private utility-maximization. But in an economy whose metaphor is evolution, we develop behavioral norms and rules-of-thumb from the bottom-up, according to whatever helps the population to prosper.

And the oldest, most helpful norm we’ve evolved is not “survival of the fittest”, but cooperation. A group of Stone Age humans hunting together generated much more food, per calorie spent hunting, than a lone individual could.

Our present-day economic universe is full of such “non-zero-sum games”, where everybody is made individually better off if we can somehow work together. Much of humanity’s social evolution as a species up to now, Eric argues, has been about finding clever tricks that make such cooperative games easier to discovery and enter into with people we don’t know—tricks like legal systems (to overcome trust problems), money (to overcome problems of how to measure and share the cooperative surplus) and democracy (to overcome disagreements over rules and leadership).

The cleverest trick of all is culture. Cooperation is not blind altruism. Altruistic populations can be killed off if too many free-riders enter the game. Free-riders weaken—and can sometimes flip off—the group’s cooperative behavior. Hence, we humans have made our cooperation conditional. We’ve developed strong cultural norms of “fairness” to punish would-be free-riding behavior heavily. We’ll punish it, even if doing so would irrationally harm our self-interest. (The classic example is this: A stranger offers you and your friend $5,000, with two conditions: your friend gets to choose how to divide the money, and you have to agree with him. Say your friend chooses $4990 for himself, and offers you only $10. If your gut tells you to say “Yes”, you’re a genuine Homo Economicus, ruled by rational self-interest. If your gut say “No”, that’s evolution at work, shaping the conditions of your cooperative behavior.)

Why does this matter right now?

In a world where “economic disruption” has become de rigueur, we can turn to biology and evolution for some rigorous answers to the question, “How might we adapt?” For me, the key take-aways are:

For us individually: Having an “adaptive mindset” (another fashionable phrase) is not about being a visionary risk-taker. It’s about pragmatically placing many small bets, then betting big on what works. That’s how nature does it.

For us as society: We cannot predict the direction of economic evolution, but we can design our institutions and societies to be better or worse evolvers.

And that, I think, is the most urgent message for right now. Looking at society through the lens of evolutionary science, it’s clear: we need to constantly tend and renew the system conditions that cause cooperative play to flourish. Otherwise, there’s no guarantee of a one-way ticket toward greater social order and wealth. Any society can experience collapse and dead ends. Any society can cross the tipping point where cooperative games stop. And that includes ours. 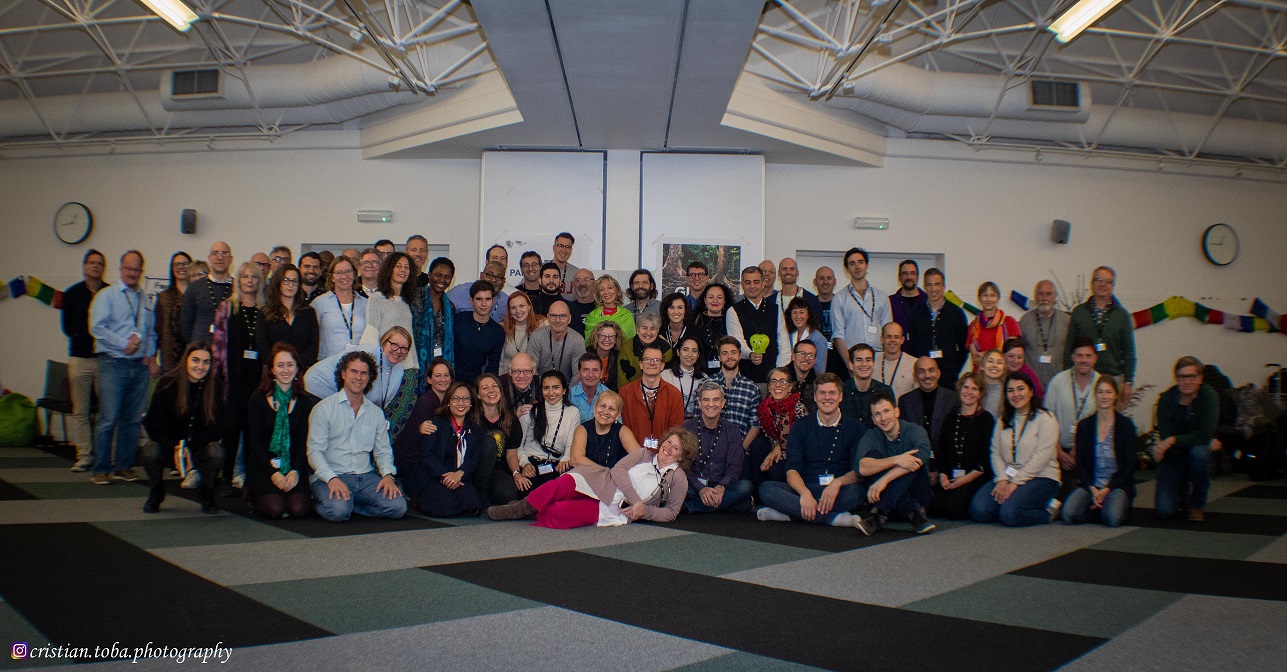 Shifting Paradigms Of Wealth And Wellbeing 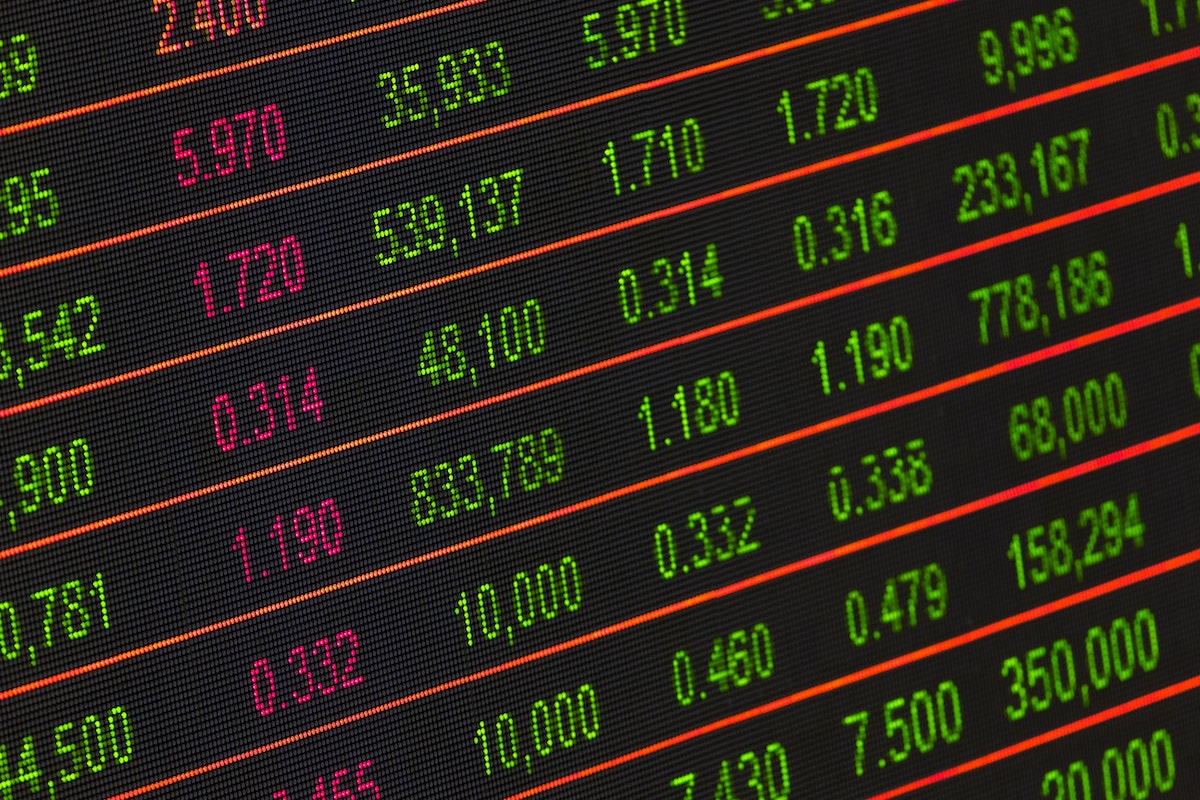